Evolution of the Indian Art 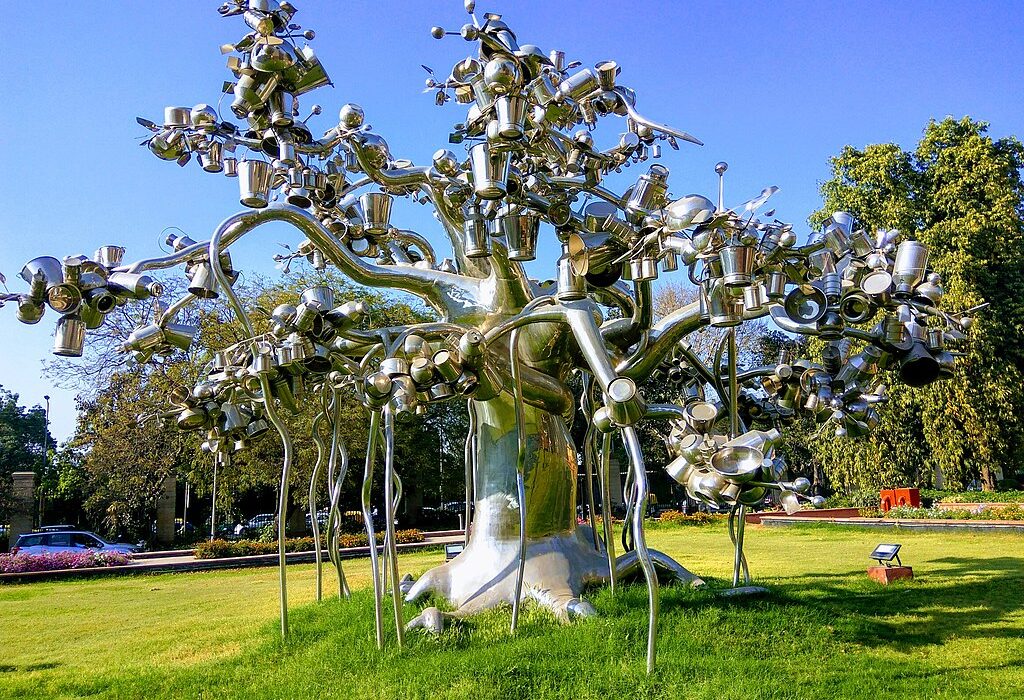 Description: Shakuntala looking back to glimpse Dushyanta by acting as injured by a thorn.

The contemporary art reinventing itself every moment has evolved exponentially with creative extractions from popular art sources like folk art. The artist’s vivid use of color, use of space and stroke sensibilities portrays a series of thought processes.

A seemingly more direct challenge to revivalists like Ravi Varma came in the thirties from the bold, post-impressionistic colors of Amrita Sher Gill, and in the forties through the ‘socially responsive’ work of the Calcutta Group. She was endowed with an extraordinary sense of color.

Amrita guided her contemporary painters not only by her works but also through lectures and articles. All her paintings, especially those of women, have monotonous eyes, an expression of acceptance and depression was quite evident on their strained faces.

The artists followed a pattern – Most of the artists painted incorporating the modern representational or figurative styles like impressionism, expressionism and post-expressionism. Through refinement by the introduction of abstractionism, especially cubism, and various elimination and simplifications, the artists found in their art a tinge of partial and later on, complete abstraction.

After independence in 1947, there were numerous art schools. The great thing was that these art institutions was exposed to various tools and forms. Although the art in those times was somehow impacted by the western style, still the theme of the artworks was totally based on Indian images and culture. Progressive Artists Group was termed in 1947 to innovate the art style, seeking new ways to reflect India after independence. This group was dispersed in 1956, but it had already impacted Indian art to its maximum till then.

The 70s saw an intense turn towards the social and political, primarily through figuration. The backdrop for this phase was formed by the 1971 war with Pakistan, the famine and Naxalite Movement in Bengal, and the imposition of Emergency by Prime Minister Indira Gandhi. In the cities of Bombay, Calcutta and Delhi. Tyeb Mehta, Rameshwar Broota, Gieve Patel, Somnath Hore, Ganesh Pyne and Bikash Bhattacharjee, among others, felt it their responsibility to directly refer to the national situation and document the pain of the people

Abstraction has been a part of our art ritual from the very beginning. This receptivity asserts itself in interior mindscapes conceived by S.H. Raza, Ram Kumar and Gaitonde, and in Swaminathan’s return to the numinous space-colour of Pahari painting. Retouching with Indian imprints is also another display of artistic portrayals of magical realism, found in nocturnal adventures by Ganesh Pyne and subliminal desires by Jogen Chowdhury, in satirical barbs at societal mores by Bhupen Khakkar and Atul Dodiya.

Now is the time to disseminate art in every possible way to cross over the niche and reach the untapped segment that has not been explored yet. As art has its own way of communicating with different people having different perception, there can be myriad interpretation of one picture, expanding the horizon of the artist’s mind, when he/she made the first stoke. Artists are nurtured by their environment and same can be inferred from their art.

Close
Open chat
Ask how to order your first video/add
Hello,
Share your request for Ad or Video.
Chat with our expert team to get a quote!